The Operating Engineers Local 406 is committed to unionizing and serving the men and women of Louisiana and Mississippi through organizing.

How Does a Union Work
A union is a democratic organization of a majority of the employees of a company or facility. The basic idea of a union is that by joining together with co-employees to form a union, workers have a greater ability through their strength in numbers to improve conditions at the worksite. In other words, “In unity there is strength.”

The primary purpose of the union is to represent workers in their employment and to negotiate a contract that improves wages, benefits and working conditions and protects workers from unfair treatment. The basis of the contract negotiated with the employer is determined by the workers affected by the proposed contract.  After the contract is negotiated, it can only take effect if it is voted on and ratified (approved) by the workers.

Membership in the Operating Engineers, like membership in any other organization, comes with the obligation to pay periodic dues. These dues are set by a vote of the membership. The dues help pay for the costs of representing workers’ interests and collective bargaining. It really doesn’t cost to belong to a union – it pays to belong.  According to the U.S. Department of Labor, the difference between union and non-union pay is $154.00 per week.  That is a difference of $7,392 per year.

When Congress passed the National Labor Relations Act, it guaranteed workers the right to join unions and the legal right to strike.  Without these rights, we’d be working for slave wages, as they do in countries where there are no unions and no freedoms.

Strikes are very uncommon today.  The U.S. Department of Labor statistics show that only one work day out of a thousand is lost due to a strike.  In the latest year for which statistics are available, only5% of all union members were involved in a strike.  Ninety-eight(98%) percent of all labor agreements are reached without a strike.

However, strikes are sometimes necessary.  When all else fails, employees will sometimes have to strike to win their contract needs. This usually happens when employers are unreasonable and need tobe shown how valuable the contribution of workers really is. The right to strike is a potent weapon in the right to gain a fair contract.

The exercise of that precious right is entirely up to the members affected by the contract.  But without a credible threat to strike, the employer holds all the power and bargaining would be reduced to collective begging.  Almost all contract settlements are reached without workers resorting to strikes.

Union workers on average earn 26 % more than their non-union counterparts.

The union wage benefit is even greater for minorities and women. Union women earn 31 % more than non-union women.

Your pension contributions follow you from job to job, even in other parts of the United States

The IUOE Central Pension Fund is a Defined-Benefit plan that is federally insured & provides a guaranteed monthly pension amount.

Members of Local 406 participate in the Local 406 Welfare Fund. This benefit is also paid entirely by their employer and covers the member and his or her dependents.

71% of union workers have sickness & accident insurance; in non-union work sites, only 36% receive health insurance and in most cases the worker has to pay additional premiums to cover his or her dependents.

Far too many workers are killed, injured, disabled and exposed to risks &diseases on the job. Working under a union contract, workers have built-in mechanisms to monitor and even correct the work environment, and to ensure that health and safety concerns are addressed.

A union gives workers contractual and legal rights they do not enjoy without union representation.   Being union gives workers a voice on the  job.  Belonging to a union allows you to establish a written agreement that specifies the terms of your employment.

As a member of IUOE Local 406 you are guaranteed by the union’s constitution the right to vote on contracts negotiated by your union.

As a member of IUOE Local 406 you are afforded the tools to improve and upgrade your skills. Local 406 owns a 250 acre Training Center in Robert LA where apprentices & journeyman can come to upgrade their skills and  consequently their wages and employability.

Most union contracts establish strict rules about job security, and the conditions under which layoffs or reductions in the work force take place.

This makes sure that everyone is treated fairly, and no one is discriminated against for voicing an opinion on the job, or for insisting on adherence to the terms of the contract.

If you are interested in becoming a member of the International Union of Operating Engineers, contact one of our business representatives in your area and find out how to join us in re-building Louisiana. 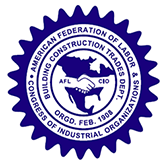 Operating Engineers Local 406 is a member of the South East Louisiana AFL-CIO Building Trades Council. To visit the their web page click on their seal.

Information on this page is current as of 2014